There are no upcoming events.

Target shooting is one of the largest participant sports in the country. It is open to almost anyone*, irrespective of age, gender or ability and has a proven track record of improving an individual's concentration and motivation.

Shooting is an easily accessible sport available at over 1000 clubs around the country that have a variety of indoor and outdoor ranges. Small-bore rifle shooting is mostly carried out over distances of 15 to 25 yards (usually on indoor ranges), 50 yards or meters and 100 yards, both outdoors. Air gun shooting is at 6 yards and 10 meters. The clubs are usually able to provide newcomers with all the equipment required to learn to shoot, together with all necessary coaching. All you need to bring is yourself and enthusiasm.

This is one of the few sports where male and female and the able and those with disabilities compete equally against one another. Age is no bar to competition. You can start as soon as you are physically strong enough to hold a firearm safely and you can continue well beyond retirement age. Once you are proficient there are very many competitions around the country open to you so you are not restricted to just one venue.

The governing body of the sport is the National Small-bore Rifle Association and you can use the club finder on their website in order to find your nearest club if you wish to take up this challenging and enjoyable sport.

The prone position is the position of a shooter lying face down on the ground. It is considered the easiest and most accurate position as the ground provides extra stability. It is the most stable of the small-bore shooting positions due to the large support area and low centre of gravity, and is the entry level discipline for most new club members.

At international and world level, the targets for 50 metre prone are electronic and the scores are recorded on an automated system. Each score is displayed on a small screen next to the shooter so they can monitor each shot.

At most national levels the targets tend to be paper or card and the shots are calculated and measured by event officials.

Prone is historically the first discipline people start with in the UK, but many in Europe and elsewhere in the world often start with air rifle, standing or in some cases air rifle in prone, standing and kneeling (3 Positions).

Standing shooting is perhaps the hardest discipline to master as it is the most unstable. It also requires many hours of training in order to perfect the position and improve the hold on the target. 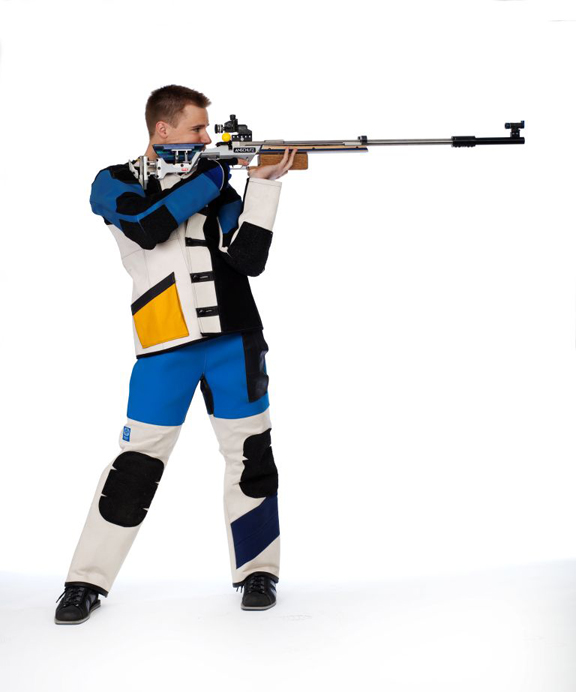 This position has a smaller area of support and a higher centre of gravity than prone; consequently the hold is not quite as stable. One knee is placed on the ground and the other used to support an elbow, the rifle is then supported in the hand. Shooting from the kneeling position requires much practice and some additional support equipment for the shooter, such as a kneeling roll to go under the instep of the foot which is bent. This is also the most painful of the three positions. 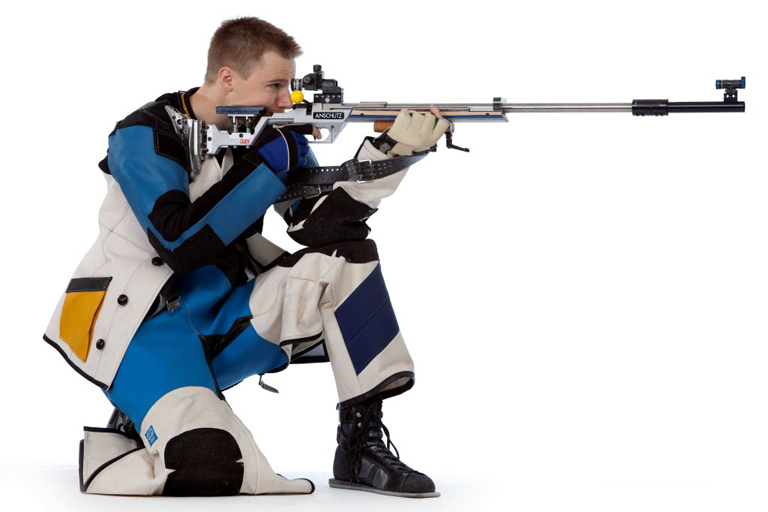 For a history of the sport from the origin through to today, you can read more here

Below are some pictures of the smallbore rifles that we use.

These are just a small selection of some of the rifles that are used.

* Anyone with a criminal record is usually not permitted to participate in firearm sports. However, this does depend on both the crime and the sentence passed.